The Night I Met Nancy Wilson 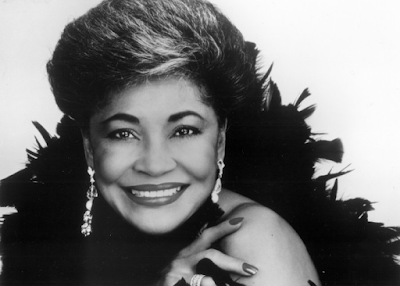 I can’t even begin to tell you how much this Woman, Artist, Actress, Stylistically Beautiful Song Stylist meant to my musical journey.

Back in the day I had the opportunity to meet Ms. Wilson.

One Friday evening in Chicago, I happen to be performing at a supper club called, The Greenery while Ms Wilson was performing on the opposite corner at A club called, DeJoie`s Bistro. 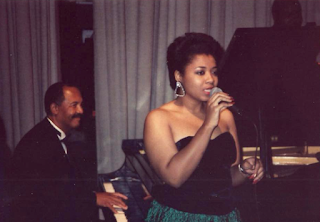 During our set, due to the long lines outside to see Ms. Wilson,  a lady walked in and decided to have dinner and listen to us perform, while waiting for Nancy’s next set.

After our set the woman, called me to her table to let me know how much she enjoyed my singing.  She then asked me what was I doing after my show.  I thanked her and let her know I was free as a bird.  She then preceded to tell me she was Nancy Wilson’s best friend and she wanted me to meet her.  I immediately thought the woman was crazy, however, I’m one for a good gotcha story so I said sure, let's go.

Well the end of our show came and I walked down the street with this woman right to the front door of DeJoie`s, completely bypassing the line.  Still skeptical,  I was thinking ,what now, every seat is full.  Just then, a table was brought to the front of the stage and we were seated.

I was literally front and center watching Nancy Wilson perform.  Close enough to count the rhinestones on her dress.  Which was beautiful by the way.  Now I must say that at the time I was a vocal jazz performance major at DePaul so I was beyond thrilled, But I digress. 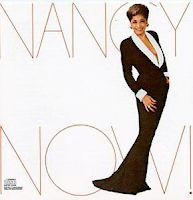 Nancy was on fire .  I hung on to every single note, diphthong and breathtaking utterance.  She was Fabulous right to the end.  During her encore she motioned to security to lead me and this woman,  I initially thought was crazy, to the back stage area... so I thought.

Upon Ms Wilson’s last note, the woman and I were taken downstairs to the dressing room.  At this point the mere fact that I hadn’t passed out was amazing.  I just kept telling myself; be cool, Barbria, please be cool.

Just then in a White terrycloth robe, Nancy Wilson walks through the door. Still stunning but in total chill mode.  Wow.

I was formally introduced to Ms. Wilson , however Nancy was not a mere hand shaker.  Nancy Wilson embraced me with a huge hug then grabbed my cheeks and shook my head while saying I reminded her of her.  “You look like me” she said.  And all I could say was “thank you, I think you’re beautiful." While still trying to tell myself to be cool, I thought I was seriously losing the battle.


Oh My Gosh,  is this happening?

For the next few minutes Nancy Wilson and I along with her friend talked Jazz standards, techniques and the importance of keeping a since of self and portraying that through your music.  A valuable lesson I have and will keep with me forever.

Just when I could not have been any more amazed by this incredible woman, Jesse Jackson Jr. walked in. Nancy gave him a hug, asked about his family and then asked him if he was seeing anyone.  When he replied no, Nancy quickly turned into Aunt Nancy and told us to exchange numbers.  This caught both of us off guard,  yet we would never say no to Aunt Nancy.  So we exchanged numbers and made an effort to try to hang out, however, both of our schedules just wouldn’t permit.


Beyond Unbelievable.   Upon my arrival home. I screamed at my Mother,  “YOU’RE NOT GOING TO BELIEVE THE NIGHT I JUST HAD.”   I could  barely believe it myself.

Nancy Wilson, was the epitome of Style and Grace with an absolutely beautiful personality to match.

Ms. Wilson, Rest in Heavenly Peace and thank you for one of the most wonderful nights of my life.  Heaven has called an Angel Home.  I will never ever forget you.  You were and will forever be absolutely amazing.  Thank You. 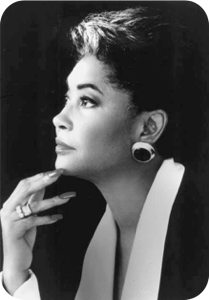