I guess by now most of you have gotten or have planned your Father’s day surprise. However, when your Dad has passed on your thought’s are a little different. 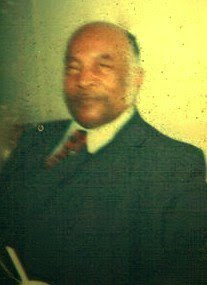 My dad was such a wonderful Man. I've always heard, growing up, that any man can father a child but it takes a very special man to be a Daddy. 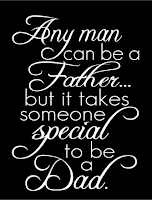 Over the years that saying has seemingly changed, since the creation of "that's just my baby daddy," however, I have never heard of father's little girl. I have heard of Daddy's little girl. Which I wore this title with pride.

My dad was born in 1916 in Oakville, Mississippi. He was the youngest of 16 children and grew up on a farm owned by his dad, my Grandfather, Smart Haynes.

After the death of his father my dad left the farm to go out in the world and provide for his family. And provide he did.

My dad showed everyone what one can do with nothing but a sixth grade education, perseverance, ingenuity and determination. 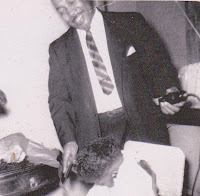 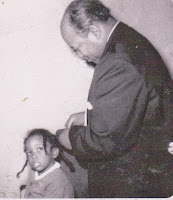 During my dad's life he wore several hats, his favorite being the Fedora. However, he was a Barber, a Barbershop Quartet Singer, a minor-league Baseball Player, a poet, an entrepreneur and an extremely well connected and respected man of his community. Most importantly he was a loving and caring husband and simply, my Daddy. 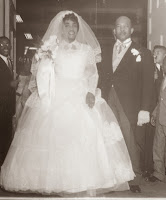 Being almost 20 years older than my mom, by the time I came along, I was often confused for his granddaughter. This obviously pissed him off because my dad would say with pride; "That's my Baby Girl." In fact for several years I was simply known as "Haynes' little girl." 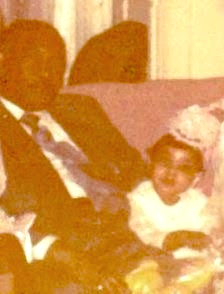 I accepted my title with pride. There was only
one time that my father's connections ever bothered me. This was when it was time for me to choose a high school to attend. I was determined not to go to Percy L. Julian high school, however my Mom and Dad had other plans.

Considering there were only six students being chosen to go to Percy Julian out of 100 students in my graduating class, the odds were that there was no way that I would be going to Julian. I felt this way right up until the time that they began the lottery drawing to see which students would be attending the school. Not so fast, they had a special guest pulling the names of the students that would be attending Percy Julian. That's right folks, the special guest was my father. And yes the ﬁrst name out of the bag was mine. He even dropped me off at school and drove off. Apparently my dad was not only the Principal and the assistant Principal's barber, he was also their Masonic brother. I didn't stand a chance. 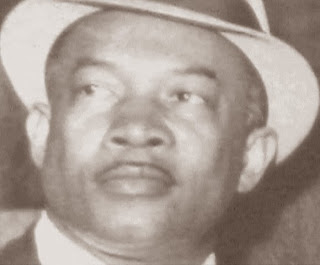 My dad passed away after a long bout with prostate cancer. After the funeral, while riding to the cemetery, I looked out of the window. While wiping away tears, I noticed the streets were lined with men saluting my father's hertz. I then looked back to see that the procession went on for what seemed like miles. We even had a police escort. At that moment I realized that this single man, who meant so much to me, touched so many other lives. They all came out to pay their respect.

My only regret is that I was my father's youngest child and with him passing away while I was a teenager, I didn't get enough time.

I do, however, have extremely fond memories.   I remember my dad and I would sit up late to watch sports.  I should have been in bed, yet my dad would allow me to watch boxing, but he wouldn't teach me how to fight.  Growing up in Chicago with a name like Barbria is no easy task and I was constantly bullied.  My mom and dad would say, I go to school to learn not to fight and that whole "Sticks and stones" thing, was a sure fire way of getting my ass kicked.  Of course when my mom would leave my dad would simply say, if they touch you, that's a different story.

So one day while in school and sick of being bullied, I was told that I was going to be beat up after school.  I decided I wasn't about to walk away crying this time.  I was jumped by a set of twins and their brother.  Just so happens my dad had just explained to me that Ali was keeping his eyes open and blocking a punch not just playing around and joking in the ring.

Long story short I took on all three of them and won.  In all fairness their brother jumped in and limped out.  He went down with one kick to the groin.  After that the bullying ceased a bit, the whispers were, she's quiet but don't make her mad.

When I got out to my dads car, my dad told me to fix my hair and not to tell my mom that I had been fighting.  He then asked me if I won, at which point I happily screamed "yes I did, and they are still lying on the playground."

My dad was also a bit of an amateur comedian. Therefore, rather than be sad on Father's Day missing my dad, I will leave you with one of his good ones. 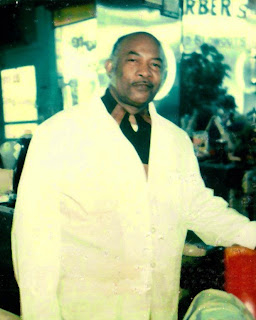 One day a man walked into my father’s shop with two black eyes. My Dad, having just seen the man the day before in church, asked the man, “What happened to you?”

The man proceeded to tell my father that while at church, an older woman came out of the ladies room with her dress tucked in her girdle. The man said he pulled it out and the woman turned around and socked him in the eye.

My Dad said, oh man, “well that explains one eye, what happened to the other one?”

The man explained that after the woman got so mad at him pulling it out,  he turned around and tucked it back in.

Well there you have it folks, a brief glimpse into the man that was my father. I love and miss him like crazy. He will forever be the most important man in my life.

This year since I am gearing up for the most important show of my career.  Buy Your Dad tickets for my upcoming Whitney Houston Tribute concert, if you're still looking for father's day gift ideas, the gift of music is always a winner.